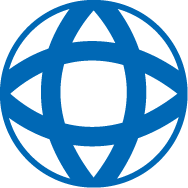 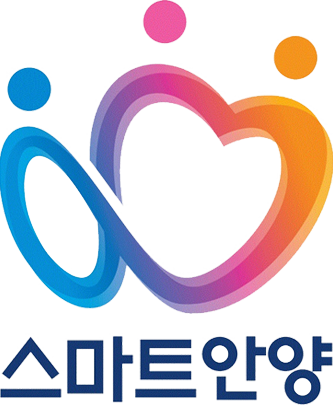 The image symbolizes the city's vision and commitment to creating the smart city of Anyang where its citizens are happy by communicating with all citizens.

The image of family members holding hands together is expressed in the shape of a Möbius strip, which represents infinity, to symbolize the ceaseless communication with citizens for the development of the city, and the image of a "heart" contained in the Möbius strip denotes the never-ending happiness of all citizens.

Through the gradation that appears as if it is changing and the "Smart Anyang" logotype, Anyang is represented as a young and dynamic smart city.

The blue gradation symbolizes the concepts of cutting-edge and youth, while the pink-and-yellow gradation denotes Anyang's promise, passion and happiness becoming a happy city. 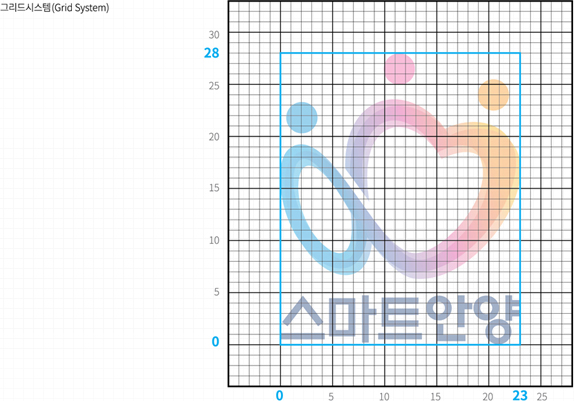 As the most important element representing Smart Anyang, the primary is used to integrate the images of the vision slogan of Smart Anyang and facilitate proper communication with its citizens, and cannot be modified for use under any circumstances whatsoever. 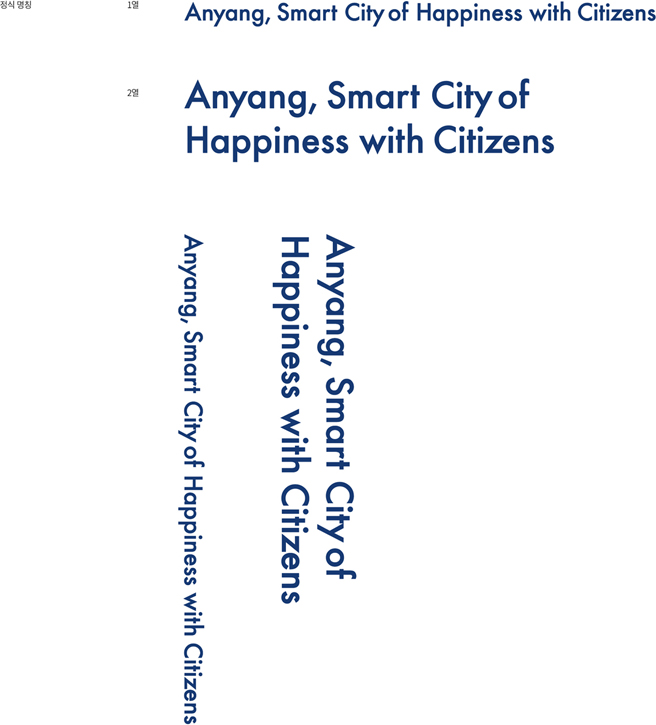 Rising as a city where each and every citizen is healthy and happy anytime, anywhere (smart)